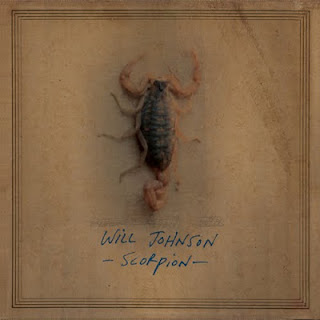 Scorpion, Will Johnson's new solo record differs from Centro-matic records in that it is quieter - a really hushed affair. It differs from his South San Gabriel side projects in that it is more raw. And in Johnson's own estimation (read interview with Dallas Observer here), he intends it to be a "grower". And it is.

Scorpion starts out slow, quiet and intense... and stays that way. It's a record whose vocal intensity forces you to pay attention, but that is so musical and listenable that you find yourself lost in it. Johnson's vocals are, as always, a highlight. He conveys so much with slight changes in tone and tempo, that he's one of the best acoustic artists working today (electric, too, but that's for a Centro-matic review).

Check out the just-released video for "You Will Be Here, Mine":

And you can see our previous post here, with a link to download that song, too. Just an amazing vocal. Special thanks to "The Galassi Brothers", who are credited with filming it.

Some of the songs sound like demos - "Winter Screen Four", for example with its slowly plucked acoustic and whispered vocals - and that is due to the process employed on these songs, which Johnson describes: “A lot of them were written in the studio, right then and there, in the moment. I enjoy capturing those initial gut reactions in songwriting. It doesn’t always work, but when it does — you capture the song in such a raw, unique form.” 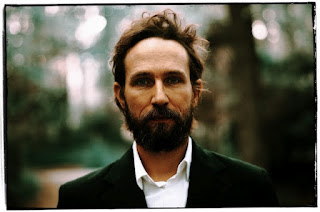 Helping him with the record are Matt Pence (at whose studio it was recorded) and Scott Danbom from Centro-matic, Howard Draper (Tre Orsi, Shearwater, Okkervil River) and Magnolia Electric Company’s Mikey Kapinus.

Other highlights include "It Goes Away So Fast", with what sounds like a looped synthesizer slowly morphing into a raw-but-restrained electric guitar solo over the last minute or so of the song, and the 7:00 "Bloodkin Push", an alternately pretty and difficult song, featuring mostly just acoustic guitar and piano, that really takes its time.

This record rewards your attention, especially your repeated attention. It's going to be out Tuesday (9/11) but you can stream it now at Paste.

Johnson has self-released the record, and you can get it at his website, or via the usual sources. At his website, you can also check out tour dates.