Ian Hunter is 73 years old, but my word, you would never know it. 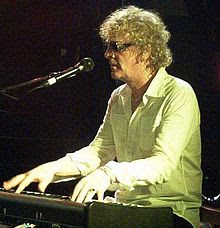 I saw Mr. Hunter put on a great show in Portland recently. Pure rock'n'roll, a mix of Mott the Hoople classics and solo hits like "Once Bitten, Twice Shy".  But surprisingly, many of the standout songs were from a brand new record that was released on Sept 4.

Here's one of my favorite singles of 2012, the title track from the 20th full length release of Hunter's career When I'm President:


Hunter's influences haven't changed much over the decades as there's still a lot of Stones and Dylan in him. Which is all good by me. But there's an impassioned drive here that you just very rarely find in artists at this stage of their career. Or at any stage. Hunter still brings the irresistible British pub rock on "Saint" and "Comfortable (Flyin' Scotsman)". But he also throws a couple nice curveballs, including the Native American inspired "Ta Shunka Witco (Crazy Horse)".

He has a first rate band backing him here and on the road with him - The Rant Band:
Mark Bosch, guitar
James Mastro, guitar (yes that James Mastro from the Bongos)
Steve Holley, drums (longtime McCartney drummer)
Paul Page, bass
Andy Burton, keyboards

Don't miss this show if you get a chance to see it.