REVIEW: Two Gallants - The Bloom And The Blight 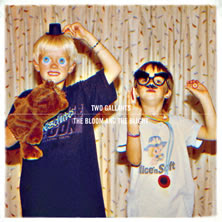 For want of a better term, I'd describe Two Gallants' new record The Bloom And The Blight as "hard folk". Lead singer Adam Stephens has a way of switching between a throaty roar and a plaintive wail, often within the same song - and on this record, they really turn up the guitars. From the beginning of first song "Halcyon Days", the guitars and drums are turned way up, and Stephens (with drummer Tyson Vogel's backing vocals) is reminiscent of Eddie Vedder - a full voice fronting a nearly arena-worthy roaring rock band.

You can listen at Rollingstone.com (click here) for now, not sure when they'll take that down.

Here's a video of them performing "Winter's Youth" at Schuba's in Chicago:

Like a lot of two-member bands, they pack a lot of sound into a pretty small space, and I think Stephens' voice is unique and very evocative. They've crafted a really interesting sound... at times I had the thought "What if you crossed Fairport Convention with Led Zeppelin?"

We wrote about these guys a while back when they made the first download available in June, and again earlier this month with a free download of "My Love Won't Wait". 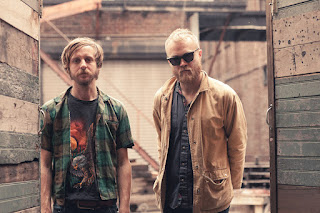 So, you've got an opportunity to listen at RollingStone.com, and two downloads if you click on our links above. If the video does anything for you, I suggest you check out those other songs and go buy the record. It's out tomorrow (September 4) on ATO Records.

And they've got some travelling planned - they are playing nearly every night for the rest of the year. Check out their Facebook page for info on tour dates.
Posted by John Hyland at 9/03/2012