Father Sculptor has released their final summer song, "Dysmirror".  They also have revealed a bit more of themselves.  The band is Thomas David (vocals and guitar), Felix (drums), Matthew (keyboard and vocals), Philip (bass) and Joseph (guitar).  The band was formed in Glasgow, but I believe some or all members may have relocated to the Manchester environs.  They also have been performing live, and will be playing at the We Can Still Picnic collective's Mao Disney launch at Glasgow's Elephants Head Poetry Club on September 15.

And the music? "Dysmirror" continues the band's refinement of the glorious melancholy, with soaring, aching vocals and a wall of guitar and synthesizer over a pounding rhythm.

We understand that a physical release is planned for the new year.  We intend to make room for it.

If you didn't download the previous songs of the summer from Father Sculptor, click on over to Bandcamp.  You won't regret it. 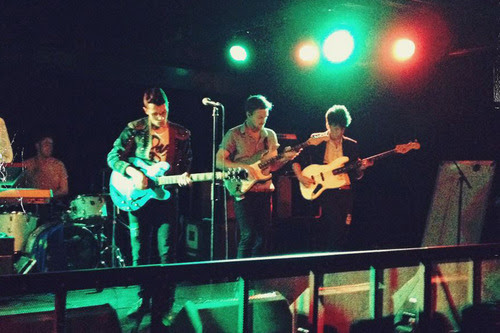