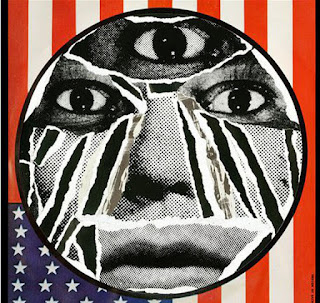 The Bohannons are a Chattanooga band that combines swamp boogie, hard blues, full-on glam rock, and punk -- and it's just as bracing and crazy as that sounds. If you've enjoyed some of the proud Southern rock varietals we've blogged about this year: The Alabama Shakes, The District Attorneys, Lee Bains III & The Glory Fires, Patterson Hood - this is something you will want to check out.

On Unaka Rising, they're loud and way up front with shouted vocals, slashing electric guitars and a rhythm section that swings like crazy. The Bohannons consist of  Nick Sterchi, Marty Bohannon, Matt Bohannon and Josh Beaver. 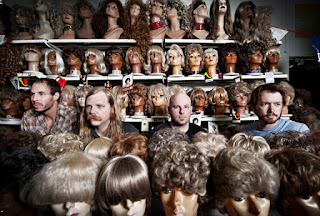 They're dipping into the Southern folk tradition, too... listen to Marty Bohannon describe the genesis of "Goodbye Bill": "It's an ode to martyred labor organizer Joe Hill approaching the 100th anniversary of his death. The words are from his last will, as well as from Ethel Raim and The Pennywhistlers' song 'Joe Hill'."

And here you can stream "River Above", a haunting hard rock track with guitars layered on top of guitars:

And here they are playing "Built A World", a plaintive song of lost love as only the Bohannons can play such a thing - with a little bit of a ragtime feel and of course a scorching electric guitar solo:

The whole record is good, but I think the last two tracks are the highlights: "Ponchatrain", a call-and-response, foreboding blues song about an oncoming storm and "In The End", which races along at a punk rock pace and finishes this album by letting me know this band is just starting to shake things up.

Unaka Rising is out now on This Is American Music - produced by David Barbe and Drew Vandenberg.
Posted by John Hyland at 9/28/2012

A bit of the Shop Assistants in that lot. And that's a good thing.