"Living With Myself" by Snowy Band 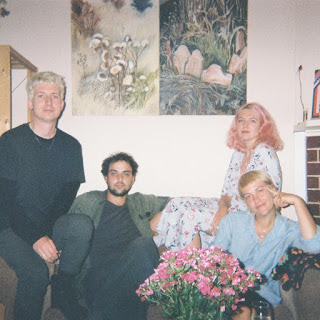 Last year I was quite impressed with Audio Commentary, the debut album by Melbourne's Snowy Band (link). Impressed, but not surprised. When a recording involves Liam "Snowy" Halliwell, it invariably pleases the ears, tickles the brain and lifts spirits. Adept as a songwriter, engineer, multi-instrumentalist and performer, he is a multi-tool for many bands. He was a member of The Ocean Party, No Local, and many others, and his current projects in addition to Snowy Band include Pop Filter. Today brought the happy news that Snowy Band's second album, Alternate Endings, will be released in August via Spunk Records, Osborne Again, and Palo Santo (Texas). Our first listen comes in the form of the just released single "Living With Myself". The song begins as an engaging slice of bedroom pop but expands delightfully. We think that this album is going to be another winner.

Bandcamp link for "Living With Myself"