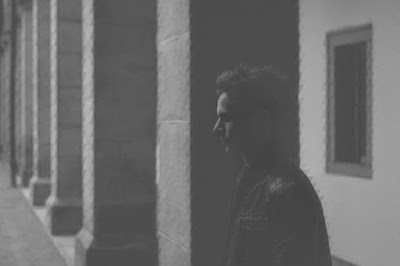 Photo by Paul Schütz
TOMÁ is the name under which Bulgarian guitarist/producer Tomá Ivanov records, and he has released a couple of songs ahead of a full album due out at the end of July. This is a fantastic record, featuring a variety of collaborators each bringing a different ingredient to Ivanov's impeccable producer skills. On "Blind War" he is backing Ben LaMar Gay, a Chicago producer and MC, with an understated set of keyboards and staccato beats:
TOMÁ · Blind War ft. Ben Lamar Gay
In addition, here's the instrumental "Green", an upbeat jazz/hip-hop track - love the guitar on this:
He claims influences you would probably expect - Squarepusher, Flying Lotus, Aphex Twin - but in listening to this, you can also feel the influence of his jazz studies, along the lines of Stones Throw and other LA-based artists like Thundercat and Kamasi Washington. It's a heady mix and high quality music. More to come, but you get the idea.
Posted by John Hyland at 6/29/2021