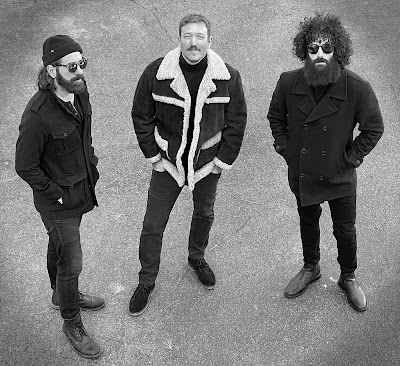 Theodore Roosevelt is not often mentioned on indie music blogs, and with good reason. However, Theodore Roosevelt Taylor is more than worthy of a few words. Known to his friends and fans as Hound Dog Taylor, he was a renowned blues performer. He made no claim to being a master technician on the guitar, but he justifiable took pride in creating a guitar sound that conveyed energy and thrilled the audience. One of my most prized vinyl albums is Hound Dog Taylor & The Houserockers self-titled 1971 release for Alligator Records.

Most of you will never have that piece of vinyl unless it is re-issued. But I have good news for you: Boston blues trio GA-20 has recorded Try It ... You Might Like It. Consisting of ten songs written and/or recorded by Hound Dog Taylor, it will be released on August 20 via Colemine Records in partnership with Alligator Records. In our opinion, Hound Dog's memory deserves it, and we all deserve more Hound Dog, so this is a win-win. And just so you know that you are getting authentic-sounding interpretations of the master's tunes, lead track "She's Gone" is not out as a single. Boogie onward, my children.