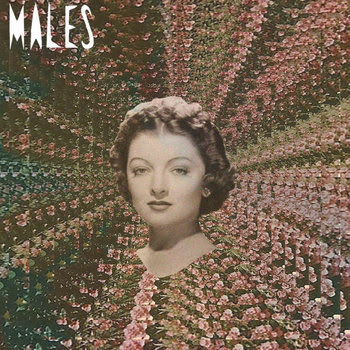 Run Run Run/MalesMalesMales is the kind of record that could give a band a reputation.  Fortunately for all concerned, that reputation should be so positive that they could even share the news with their mothers.  The album is comprised of nine songs of hyper-melodic, adrenaline infused, garage pop nuggets, with big hooks and bigger choruses.  The guitar jangles and chimes while the meaty bass drives the tunes forward.  In my view, there isn't a weak song in the set.  "Lucky Too" and "So High", which already have been released, are Class A pop songs that keep prompting me to hit the replay button.  And "Weakness", "Madeline, "Marion Bates Thievery" and a few others are just a step behind.

Males are part of the fruitfully tangled web of young bands on New Zealand's south island.  Guitarist/lead vocalist Richard Ley-Hamilton also is a member of Kilmog, which also includes Robert Scott of The Bats and The Clean.  Males' bassist Sam Valentine also is the drummer for Trick Mammoth, and has played with Richard and Trick Mammoth's Adrian Ng in Mr Biscuits and Blonde Hash.

You can evaluate "Lucky Too" and "So High" below (and don't miss the video for the latter).  But your time would be well spend streaming the entire album at the Bandcamp link.  It would be even better spend buying it.

The record includes four new tracks, the previous single "So High" and the 2012 EP MalesMalesMales.  So technically it may be a double EP rather than an album, but I doubt any of us will lose any sleep regarding that distinction while we play the record over and over until it lies limp in the corner, begging for mercy.

Run Run Run/MalesMalesMales is out now via Fishrider Records.  If you'd like the digital download or the CD, click through to the Bandcamp link below.  Fishrider will have vinyl versions available soon, and can be pre-ordered now.  If you insist on using iTunes, it should be available their as well.  But digital fans should note that a digital download form the Bandcamp site brings 7 additional live versions of album songs performed at Sammys in Dunedin, New Zealand on July 19, 2013.

Sweet. Been waiting for this release!

As was I. And it doesn't disappoint. These guys have a good sense of what they do well.