Assuming Homer knew his stuff, Proteus of mythology was the original 'old man of the sea'.  Proteus, like his liquid domain, changes shapes, attitude, and levels of welcome and danger.  One listen to Proteus, the sophomore LP from New Zealand's Astro Children, reveals that the title is aptly chosen.  Proteus presents the band's untamed, but tightly disciplined exposition of their sound.  At times churning or threatening, other times calm or soothing, the album is a frequently changing and often mysterious mixture of textures and emotions.  But going beyond the connection with mythology, the songcraft seems to me to be like a virtuoso display by an Iron Chef -- sweetness balances acidity, tenderness is surrounded by crunch, bombast is cut by tenderness.  And all of it is served up by a duo consisting of Millie Lovelock, a fierce front woman with a voice, a guitar and an arsenal of pedals, and Isaac Hickey on drums and occasional background vocals.  The resulting eight songs make for an aural feast that will put this album in a lengthy rotation.

One of the Astro Children manifestations is dream pop, which is best represented on Proteus by "Gaze" and "Jamie Knows".  The latter is one of my favorites -- cryptic references to something going down tonight and someone being asked to help the narrator fall, wrapped in sweet vocals and delicious guitar chords.  I seek to eventually play the album without repeating the song; I'm not to that point yet.


Several of the tracks, including "Nora Barnacle" and "Eden", reveal a harder, more overtly dark side to the band.  In "Eden", Millie appears to speak to a former lover.  And while admitting that she succumbed to a fallacy, admonishes him for being dark, grim and mean.  The arrangement supports the lyrics with a mix of textures and tempos.


"Shoe" is an aggressive rant against those that would bully smaller people, but could be applied more broadly to power differentials in other settings.  "Big Muff (Strikes Again)" finds the narrator admitting difficulty in refraining from uttering "bad things", but ultimately declaring:


Trying out some new curses,
They taste good on my tongue
And I use them to hurt you

The opening track, "Sunday Afternoon", is a romp that plays with guitar effects, sonic atmosphere and tribal beats.  It is mostly instrumental, but includes spoken words (Millie thinks they are from Pynchon, but doesn't recall for certain).  The album closes with "Yonsi", a more measured wind-up underneath a reading from T.S Eliot's "The Love Song of J. Alfred Prufrock".

Astro Children are a band that ignore the rules.  And they stand as proof that talent plus audacity can bring big rewards. 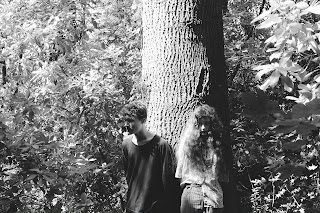 Proteus was recorded at The Attic in Dunedin by Adrian Ng (member of Trick Mammoth with Millie and Sam Valentine of Males).  It is available now via New Zealand label MUZAI, and can be downloaded at the Bandcamp link below for "name your price".