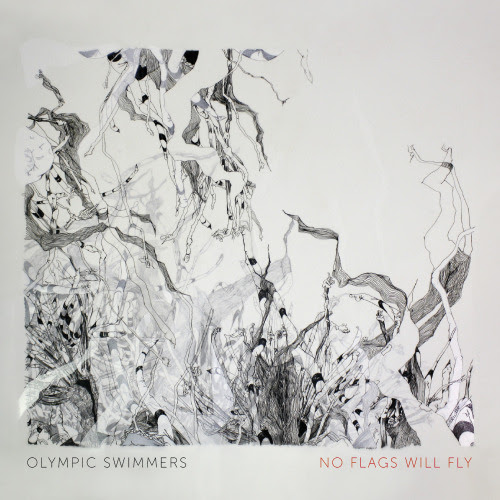 No Flags Will Fly, the debut full-length from Glasgow's Olympic Swimmers, is one of those albums. By that I mean if you first hear it a year or two from now you'll say to yourself "why didn't I know about this album, and why didn't I know about this band, in June 2012".  Well, dear readers, it is our goal to save you the public embarrassment and private self-loathing that can result from such circumstances.


Olympic Swimmers are Graeme Smillie, Jamie Savage, Jonny Scott, Simon Liddell and Susie Smille.  Their music is a melodic, sophisticated, multi-layered indie pop, featuring excellent musicianship and stellar vocals. They have released a couple of EPs, and aren't strangers to recent "ones to watch lists".  No more teasing and no more promises from this gang, they have delivered.

Opening track, "Father Said", has an orchestral feel.  The ebb and flows reminds this listener of the later stage work of the Delgados --


The music is diverse and uniformly outstanding.  Some parts are delicate, some vulnerable, and some noisy and bursting with energy.  While the entire ensemble is excellent, Susie Smillie's vocals may be the most memorable feature in this set of songs.  Ethereal, folky or pop, as demanded by the musical context, but always with remarkable clarity and a hint of emotional ache.

"Apples and Pears" is probably the nearest track on the album to pop song.


"Where It Snows" is a perfect slice of dream pop.  Apparently, some of the footage in the video was shot in years ago in the village in which siblings Susie and Simon grew up.


No Flags Will Fly was available on June 4.  The band isn't signed to a label, but you can purchase downloads at the Bandcamp link below, as well as iTunes and other download stores.  Physical copies are available in some UK stores, but US fans probably would need to have them shipped. 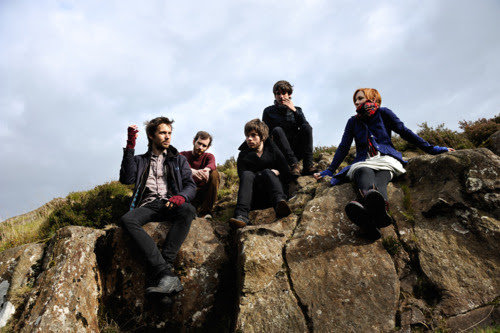