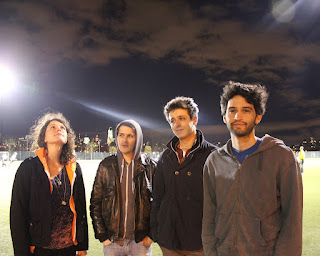 
I'm fairly impressed, considering this band was just formed in January of this year and recorded these songs in March... looking forward to hearing more.
Posted by John Hyland at 6/27/2012