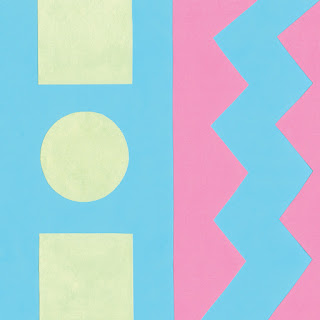 I'm not unbiased here.  I love the Salad Boys.  Before you even get into their music there is knowing that David Kilgour once chose them as his backing band, and that their name comes from a misheard Feelies lyric.  Then there is the south island of New Zealand location, evoking the indie music history from that fertile scene.  That's a solid beginning.  And then there is the music, performed by three men from Christchurch who are veterans of other projects.  Frontman Joe Sampson (vocals/12-string guitar) also fronts T54, whose In Brush Park was reviewed here a couple years ago.  Ben Odering plays bass and Jim Nothing is the drummer.

Salad Boys craft an exciting mix of jangling garage rock, folk rock, and spacier guitar jams for their official debut, the humorously titled Metalmania.  Although lyrically intelligent, the vocals are underplayed and the instrumentation, especially the guitars, take center stage.  Depending on the listener's background, one may detect hints of countrymen The Clean, The Bats, Surf City or Straightjacket Fits.  For North Americans who currently are being graced with a Salad Boys tour, The Feelies and R.E.M. may come to mind.  The pace varies, with hard charging songs like "Dream Date", "Daytime Television", "No Taste Bomber" and "I'm A Mountain" balanced by gentler tunes such as "Here's No Use", "Better Pickups", and "First Eight".  And a song doesn't necessarily end in the way it begins.  A case in point is the wonderful "No Taste Bomber", which spends over two minutes reminding you of early R.E.M. before charging into an extended psychedelic finish.  For me, highlights include "Here's No Use" (I absolutely love this song), "No Taste Bomber", "Dream Date", "Daytime Television", "Better Pickups", and "First Eight".  But this is an album that I play often, repeating some songs but never skipping any.  Start to finish, it is a keeper.

Metalmania was released on September 18 via Chicago's Trouble In Mind Records.  You can stream the entire album at the Bandcamp link below.  Tour dates and locations are at the bottom of this post.

Trouble in Mind is quickly becoming one of my favorite record labels.

Jeff, I agree. Over the past year they've moved into my top ten or so indie labels.