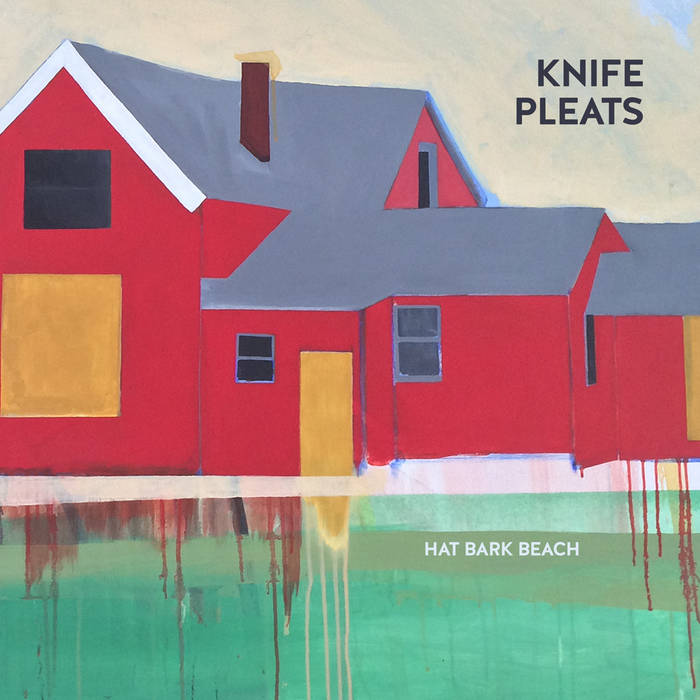 Rose Melberg has a delightful habit of showing up in new projects and thrilling us with fuzzy pop songs.  Past projects include Tiger Trap, Go Sailor, The Softies, Gaze, PUPS and Imaginary Pants, as well as solo recordings.  She has influenced many other bands, and while she isn't tall, her stature is large.

Rose has popped up again with Knife Pleats, a foursome which includes Kaity McWhinney and Tracey Vath from Love Cuts and drummer Gregor Phillips.  Their debut album is Hat Bark Beach, which features twelve songs with heart tugging harmonies, fuzzy guitars and a robust rhythm section.  The songs are short and pacey, but packed with goodness.  While we can be sure that the songs weren't written for a contest to see who could pack the most hooks in the shortest song possible, if such a contest is established, don't bet against Knife Pleats.  Days are getting shorter, and temperatures are dropping.  I'm not a doctor, but I'll suggest that you may need the sugar rush of Hat Bark Beach to delay your hibernation.  This is medicine you'll want to take every day.


Hat Bark Beach is released by WIAIWYA Records (UK/Europe)and Lost Sound Tapes (US) and Jigsaw Records (US).  Choose whichever site gives you the best postage or most convenient format.