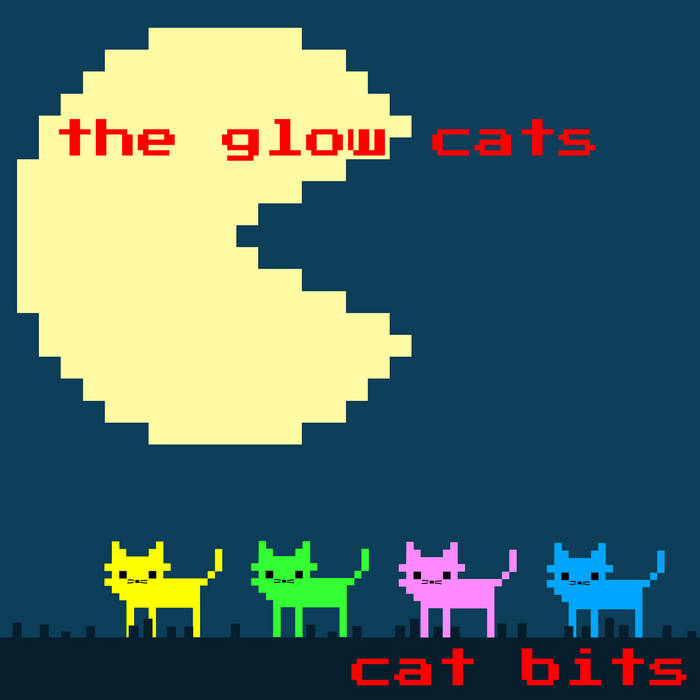 Apparently, through the wonders of DNA manipulation, cats that glow in the dark are a real thing.  But we aren't going to dive deeply into that, as I'm a dog kind of guy.  However, we do want to discuss Denmark's The Glow Cats, which are a more human and more musical kind of glow cat.  The current line-up for the Copenhagen-based quartet is Kasper Clemmensen (guitar/vocals), Klaus Reinholdt Petersen (guitar/vocals), Ditte Duus (drums/violin), and Elise Nimand Madsen (bass).  Their sound is classic indie pop -- twee and jangling with a somewhat more lo-fi version of Scandinavian guitar pop.  The emphasis is on fun, with song subjects such as a snow man, cartoons, food, and playing air guitar.  On Cat Bits, Jigsaw Records has compiled 28 songs, four recent ones with the band's current line up and 24 from previous tracks.  It is a generous record packed with concise pop nuggets and priced to practically jump into your hands.  If you listen to this album without smiling and nodding your head, it may be too late to call the doctor.  We offer our sincere condolences to your survivors.