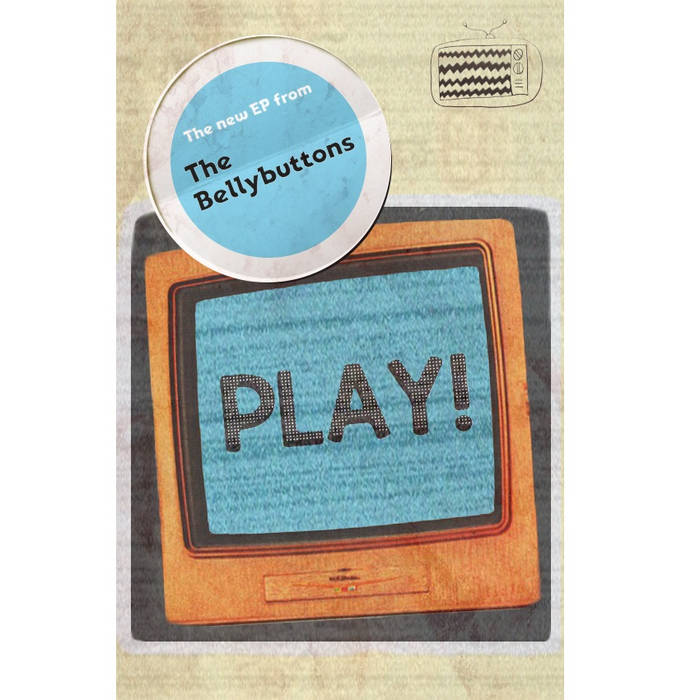 Four dudes from the England venture to Scotland to study and form a band.  Their names are Conor Quill, Robert Palmer, Thom Querns, and Tobias Carmichael.  We don't know much more than that, so perhaps we should start some rumors.  Like two of The Bellybuttons recently left the seminary after a scandal over the rapidly diminishing sacramental wine stores, a third was kicked out of the Ocean Fishing Academy for advocating harvesting fish without causing any pain to the fish.  The fourth may or may not be a secret agent.  So far as we know, the cute doggie in the picture below is an innocent bystander.

Lack of details aside, The Bellybuttons deserve our attention.  Their new EP, Play!, provides a generous seven tracks of really good guitar pop.  With touchstones like Pavement, Lou Reed and Television, and then glazed with a Melbourne-esque slacker vibe, this little album goes down about as easily and pleasantly as your favorite summer beverage on a warm summer evening.  Play! is out now via Fuzzkill Records as a digital download or cassette.  To my knowledge, Fuzzkill has never had a weak release, but The Bellybuttons is a standout even among their impressive roster.  I'd tell them but they probably know it.