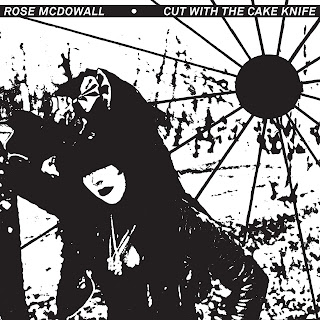 Rose McDowall attended university in Glasgow and played with the punk band The Poems.  In 1981 she formed Strawberry Switchblade with her friend Jill Bryson.  They earned a following, opened for Orange Juice and released a few singles and a self-titled album.  Their sound was characterized by bright new wave melodies, sweet vocals and melancholy lyrics.  Commercial success didn't reflect the quality of the material, however, and by 1986 the band was finished.  But Rose wasn't finished with music.  In 1988 and 1989 she recorded Cut With the Cake Knife, consisting of new material and songs that she had penned earlier but were left homeless when Strawberry Switchblade ended.  The songs are sad, full of loss, disappointment and regret.  But the melodies are captivating, bouncing along with synths and drum machines, and Rose's sugary voice soothes you like a warm cup of tea on a chilly morning.  The album title's incorporation of "knife", "cut" and "cake" could not be more apt.

Fortunately, the story doesn't end in '89.  Night School Records has remastered the original tapes, added two bonus tracks, photos and extended liner notes by Rose, and reissued Cut With the Cake Knife.  The release is by Sacred Bones in the United States.  If you are a fan or Strawberry Switchblade or Rose's other projects, you likely will consider this a necessary purchase.  For the rest of you I have one comment:  If all new wave sounded as good as Cut With the Cake Knife, we'd all still be listening to new wave.  Give your ears a piece of cake. 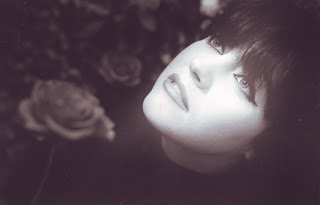