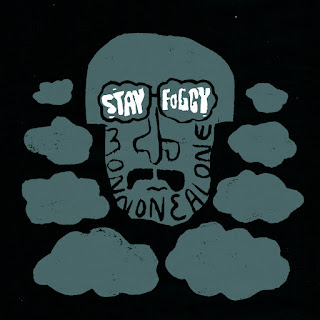 Two years ago Monnone Alone impressed us with the sunny powerpop album Summer of the Mosquito (our feature here). At the time the project was a quartet headed by Mark Monnone, the former bassist of The Lucksmiths. However, due to pandemic-induced subtraction Mark was forced to create the follow up album, Stay Foggy, as a solo effort.We are pleased to report that Mark was more than up to the task. Shifting effortlessly among powerpop, jangle pop, British Invasion, folk rock, psychedelic pop, and post punk, the album is a delightful assemblage of hooks, melodies and just damn good songs. We try to limit ourselves to three embedded tracks, but for this album the difficulty was leaving out any of them. Obviously, that means that the three below are but a hint of the goodies, so we suggest trying them out and, if you like them, go to the Bandcamp link and enjoy all of the tracks.