"Done My Time" by Emma Russack and Lachlan Denton 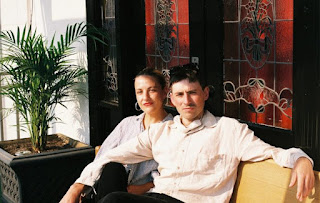 In our experience, music by Emma Russack means quality music. Likewise, music by Lachlan Denton means quality music. And although I was a liberal arts major rather than a math/science guy, my analysis tells me that music by Emma Russack & Lachlan Denton will be of high quality. To be fair, we don't have to guess because they have released three albums previously. As we announced recently, another album is on the way and we now have the second single, "Done My Time". A reflective and sentimental look at another way of life riding a relaxing but subtly bouncy arrangement, the song is a great way to end the day.

The album is titled Something Is Going to Change Tomorrow, Today. What Will You Do? What Will You Say? and will be released October 8 via Osborne Again Music, Spunk Records, and Bobo Integral Records.