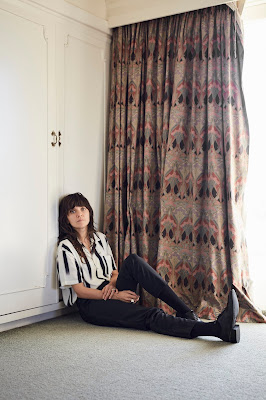 As we announced previously, Courtney Barnett's new album Things Take Time, Take Time will be released on November 12 via Mom + Pop/Marathon Artists. We don't need much prompting to help spread the word, as the Melbourne artist has a special place on our wall of favorite artists. About eight years ago I was getting burned out writing the blog and was considering shutting it down. It turns out that what I needed was something fresh and new, and that fresh and new came via Courtney's double EP.

This week we have an new single from the upcoming LP, "Write A List Of Things To Look Forward To". It is a warm and positive song about generosity and friendship, and we think the accompanying video matches the song in tone.

We also have listed Courtney North American tour dates at the bottom of the post. Take a look because it kicks off in a little less than two months.