"Coolsville USA" by The Exbats 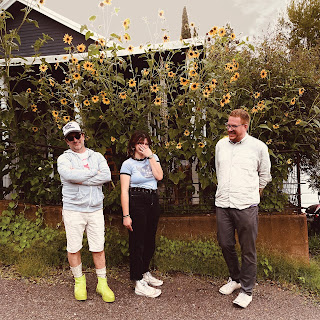 The Exbats are a garage band from Southern Arizona consisting of Kenny McLain, Inez McLain and Bobby Carlson Jr.

Now Where Were We is out October 22 via Goner Records.

First single of "Now Where Were We," the new album from daughter / father garage pop band from Arizona! Recorded by the desert genius Matt Rendon, this might be the best-sounding record of the year! Timeless coming-of-age / smartass stories from drummer / songwriter Inez and guitarist / songwriter / dad Kenny.