Monnone Alone - Summer of the Mosquito 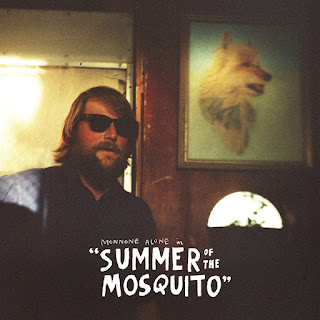 Today's second feature is Summer of the Mosquito by Mannone Alone.  The band is the not really solo project of Mark Mannone of The Lucksmiths.  We gave you a taste of it a month ago with a feature of a two-song single headlined by this album's naughty closing track (link).  But now you have the full summer celebration -- a noisy power pop and classic rock tribute to summertime fun, frolic, foibles and memories.  Riffs, hooks and harmonies abound, and everyone -- both in the band and in the audience -- should be smiling throughout.  This may just be your summer power pop album of choice.

Monnone Alone is Mark Monnone (vocals/guitar) Gus Franklin (drums/backing vocals), Joe Foley (bass/backing vocals), and Louis Richter (12-string guitar).  We have provided links below for sourcing the album from the US, Australia, Spain, and Finland.