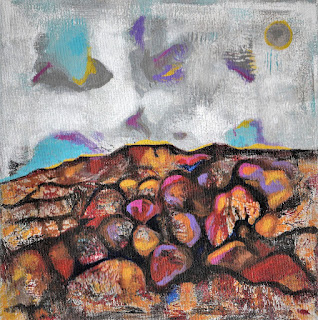 As promised, here is the second indie pop treat of the day, III by Butcher the Bar.  The Manchester project emerged over a decade ago as the solo musical act of Joel Nicholson, but has now become a five-piece consisting of Joel, Peet Earnshaw, Matt Grayson, Andrew Cheetham, and Gavin Clarke.  The songs for III were recorded several years ago, and were the first tracks laid down by the expanded band.  We don't know why the songs have not been released before now, but lack of quality definitely is not a factor.  The songs have a breezy, weightless feel with strong melodies.  Additional details such as keys and strings augment the compositions but never detract.  Comparisons to The Shins, Death Cab for Cutie, Being There (our of our favorite UK bands from earlier this decade) and power pop acts such as Teenage Fanclub, Big Star and Brendan Benson are apt, but none of them are a dead hit because Butcher the Bar have evolved their own appealing style.  These songs are sweet and gentle in tone, but fully formed and perfectly fleshed out in execution.  We have embedded a few gems below, but you really owe it to yourself to try out the whole album.  And to encourage you to do so we have left out "Agree" and "Go", which are two of the highlights of an album full of highlights.

III is out now in digital and vinyl formats via Spanish label Bobo Integral.

I found this blog about 2 months ago, and my Bandcamp wishlist has grown exponentially because of it. Keep up the great work.