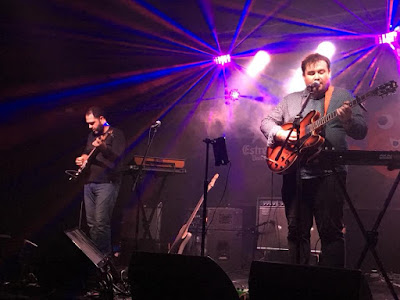 The Royal Landscaping Society is a Spanish duo consisting of Cris Romero (vocals/guitar/synths/electronics) and David Vidal (bass/synths).  Despite the name of the band, don't expect them to cut your lawn or trim your hedge.  However you can count on them to deliver some sweet pop music.  Our exposure to their art so far has been via songs on compilations (although they did release a self-titled album in 2014)  But now we have Goodbye -- a two-song digital single released by Matinee Recordings.  The lovely title track is embedded below.  The B-side is "A To Fade In", and while we don't have a stream for you, we assure you that for our ears, this single is a double A-side.