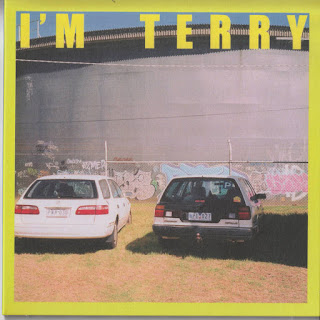 I'm Terry is the third album in three years from Melboune's Terry.  And given that other projects for the members of this talented quartet include Dick Diver, Total Control, Mick Harvey Band, School of Radiant Living, Eastlink, and Constant Mongrel, the production alone in impressive.  But spend some time with the ten tracks on this album, and you are likely to conclude that the volume of their work pales in comparison with the breathtaking quality.  The songwriting is terrific, adroitly balancing clever wordplay, socio-political commentary, and humor.  The vocal delivery is deadpan, and at times almost percussive, which has the effect of allowing the lyrics and arrangements to step into the spotlight.  The result is an album that is entertaining, emotionally affecting, and completely accessible.  Sometimes it seems like the good people of Terry are playing the game at a different level than many of their peers, and we are the lucky beneficiaries.