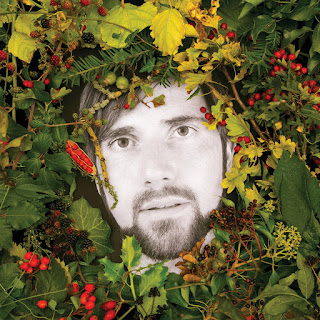 We've been spending a lot of time with Mikey Collins lately.  Not at his new digs on the English coast, where he moved after his old band, Allo Darlin, called it a day.  And in fact, not in person at all.  But Mikey and some pals have crafted his first solo album, and it has been played quite a bit around headquarters here.  The menu is indie pop and soft rock, delivered with warmth and sincerity.  As it turns out, Mikey isn't just an able drummer, he actually is an adept songwriter and an appealing frontman.  There is nothing new or innovative about this set of songs, nor should there be.  Hoick is eminently accessible and satisfying summer music, and its songs quickly become like old friends that you welcome them into your life whenever you hear them.  And in that, there is some real magic.

And my apologies to the people that got in my elevator on the way to the 33rd floor this morning.  I may have seemed like I was a bit crazy, but I had "Sister", the fourth track of Hoick, streaming into my ears and my hips just cannot stay still to that song.

Hoick is out now in digital, vinyl and CD formats via Fika Recordings.