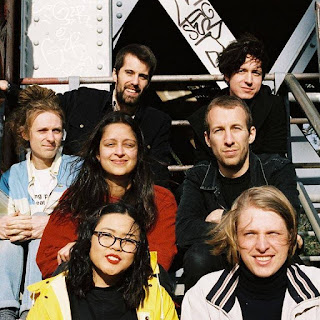 You know what it is like when you get up in the morning after a wildly successful romantic encounter, shower, put on clean clothes, and walk down the street toward your favorite coffee shop.  The sun is warming your face, the people and dogs are friendly, and the birds are singing.  You don't have to work today and life is good.  Well, that is what listening to "Cactus Country" sounds like -- the sound of a morning that makes life so worthwhile.  So of course, we have listened to the song approximately 3,009.5 times since it dropped in our box yesterday (the fraction represents the fact that the song remains on repeat here).

The summery, soulful gem is the creation of the Melbourne band Cool Sounds, whose name choice is just about perfect.  The members of the band are Dainis Lacey, Nick Kearton, Ambrin Hasnain, Lauren Huynh, Steve Foulkes, Jack Nichols, and Liam "Snowy" Halliwell.  And to pile on great news, the song is the title track for their album, which will be released October 26 via Osborne Again Music.