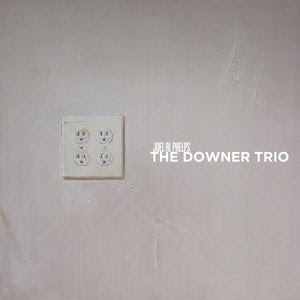 To the extent Joel R.L. Phelps remains most famous as one of the three original creative forces of Missoula indie icons Silkworm, that's a shame. It's been nearly 20 years since he split from the band after the release of their brilliant third album, Libertine (and before their masterpiece, Firewater), and teamed up with bassist Robert Mercer and drummer William Herzog to form the Downer Trio. Over the next 7 or 8 years, Phelps and his mates would release three very-good-to-excellent albums and a covers EP featuring songs by the likes of Townes Van Zandt and Iris Dement. In 2004, they put out a near-masterpiece of their own -- Customs would make my top 20 records of the decade if I ever committed such a list to paper. Phelps was at the top of his game, and then he went quiet.

So, in a year overflowing with excellent music, the most pleasant surprise for me was the October release of Phelps/The Downer Trio's first record in nine years -- the oddly named Gala. And the surprise is not so much the release itself, but the fact that this collection of haunting, searing songs is Phelps's finest effort -- easily one of the best releases of the year. True to his style, there's nothing gala at all about this album. The happiest sound on the record is the almost ska-tinged bass intro of the first song, "Nashville Sound". Phelps comes in with a yearning vocal, followed by the crash-twang of as beautiful a guitar chord as you'll ever hear. The themes that resonate through the album are introduced here -- searching for redemption; coping with loss -- in lines like "I want the grace to put my bottle down" and "I want a way to soothe my black desire." I played this song for a buddy at work who had never heard of Phelps, Silkworm, whatever, and by the break after the second verse he had dialed up itunes and bought the whole album. Check it out for yourself.

Gala moves effortlessly between fuzzed out rock songs and brooding acoustic pieces, incorporating tastefully restrained keyboards on several tracks. You can hear the influences in Phelps's guitar work -- Neil Young being the most obvious, but maybe with some Steve Earle and Jason Molina in there as well. What really sets this work apart, though, is Phelps's voice, and in this as much as anything else, the years have been good to him. His ability to convey emotion at both intensely quiet and intensely unhinged levels -- sometimes in the same damned song -- is better than ever. Here's one of the excellent acoustic tracks, "Wind at Her Face."

The album is out in the US on 12XU Records, in Canada on Triple Crown Audio Recordings, and in the UK/Europe on Damnably.  You can still stream it on Exclaim.  And while we're on the subject, you really ought to check out the 2004 record, and here's one of roughly a dozen reasons why: