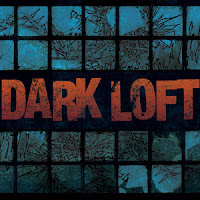 Dark Loft will release its self-titled debut album on October 11, and fans of well-played prog rock should not miss this. The band consists of Jason Crosby (vocals/violin/keys/guitar), Paul Dooley (vocals/guitar/keys), Bill Titus (guitar/vocals), Carter Bales (drums/percussion) and Kevin Reilly (double bass). Crosby's vocals, keyboards and violin are featured throughout, but there's a lot of good guitar work and the rhythm section of Bales and Reilly (whose work on standup bass is especially outstanding) is as good as you'll hear. Tempos and musical influences are varied and, to me, that keeps this from being another jazz fusion record where everything sounds the same.

The record is full of terrific musicianship, reminiscent of blues-rock, jazz fusion and prog rock forebears (and contemporaries) as disparate as Government Mule, Phish and The Jeff Beck Group. The band's list of credits is long, varied and distinguished... Crosby's played with Robert Randolph, Carlos Santana, Bruce Springsteen and Susan Tedeschi, to name a few.

Here they are playing at Phan Fare earlier this year:

You can listen to a few tracks at their website - click on "Music" at the top of the site, and you'll see three songs to listen to. The first song, "Backlash" is probably my favorite.
Posted by John Hyland at 10/05/2011