Those Unfortunates - Nothing Isn't Beautiful 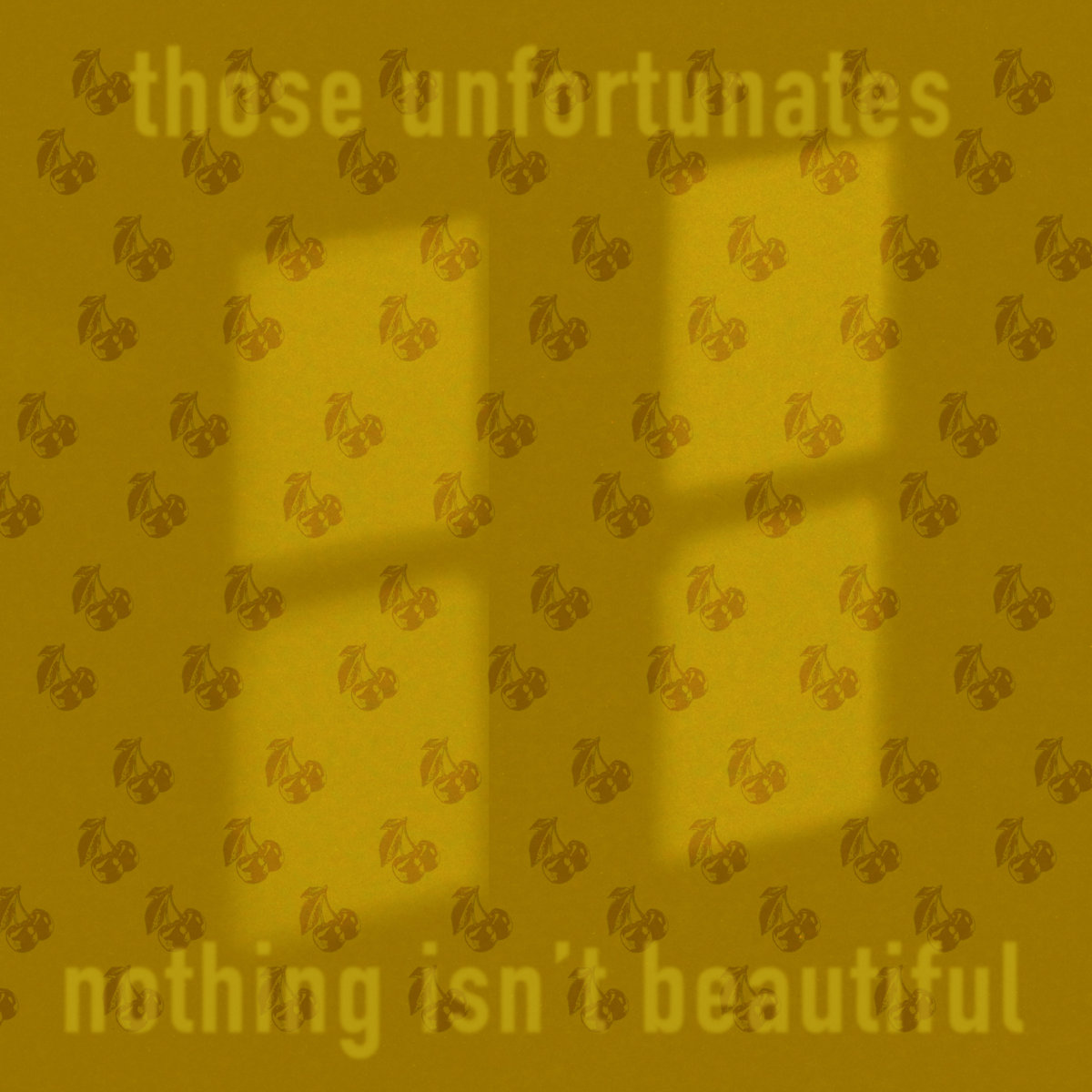 Two of my favorite albums of the year so far are released today, and we'll deal with them one at a time, starting with Nothing Isn't Beautiful by London quartet Those Unfortunates.  I'll begin by noting that I am a mature, stable man with no hipster pretensions, thus it should be understood that few albums even tempt me to use emoticons.  But if I were a weaker man, Nothing Isn't Beautiful might be the one to do so.  And happy emoticons they would be.

Those Unfortunates crafted the album as 13 stories of the highs and lows of a year living in the Big City.  We are treated to reactions to boredom, the living death of endless middle management, a failed theatrical performance and a few happy stories as well.  And it all is done in a literate, wry manner and in styles ranging from jaunty jangle pop to pastoral folk pop.  Only the band can advise you of their influences, but at various times I hear bits of Orange Juice, Cats on Fire, Syd  Barrett, The Kinks, a less punky Ballboy, and, on the quieter moments, John Blain Hunt's Butcher Boy project and Firestations.  The album radiates intelligence and a flair for storytelling, with the melancholy offset by endearing melodies and able grooves.  And without exception, I find it completely captivating.  In fact, if anyone wonders why there haven't been more posts lately, blame Those Unfortunates, as I keep reaching for their album.

The first half of the album contains the more immediately upfront crowd pleasers, in particular "A Question For Mr Richardson", "Repertory Man", "A Song For Brampton Court", "The Consolations Of A Life I Know" and ... come to think of it, the entire A-side is really top drawer stuff.   The latter half of the album is lovely stuff as well, it simply is -- with the exception of "In Lavender" -- a more laid back set of songs that choose to reveal their charms more gently.

Nothing Isn't Beautiful is available in digital and CD formats via Midnight Bell records.  See the Bandcamp link for details.  And I'll note that although I wrote this feature without the use of any digital emoticons, the look on my face in the mirror after listening to Nothing Isn't Beautiful may constitute an organic emoticon.  I'll have to live with that.