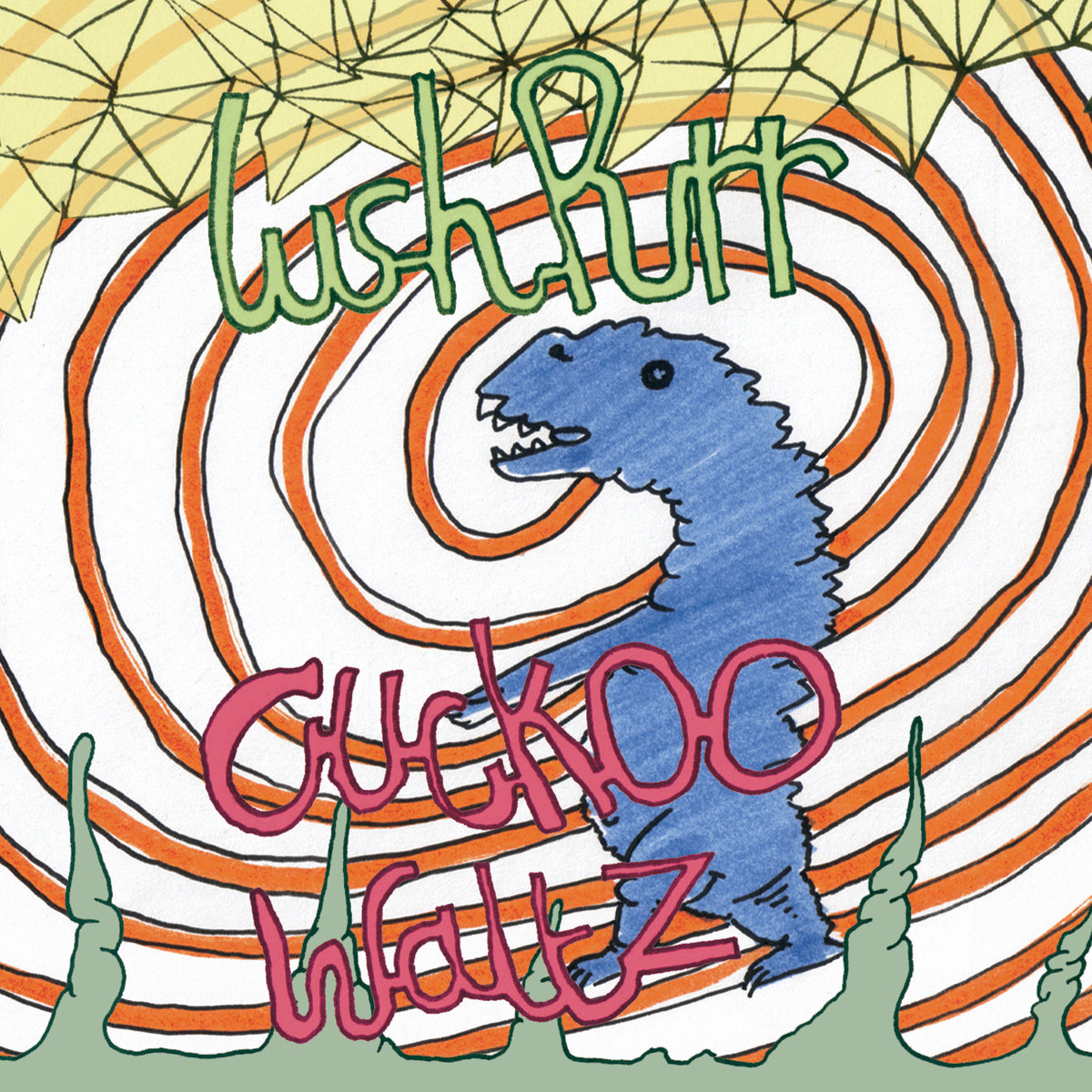 We first became aware of Lush Purr via their contributions to compilations issued by Glasgow's Fuzzkill Records and Song By Toad Records in 2015 and 2016, and we admired their off-kilter take on guitar pop.  And finally, after too-long of a wait, the band has released their first full length, the 13-track Cuckoo Waltz.  The album is a perfect example of the theory that the best way to make good music is to make music that satisfies the band, rather than to try and guess what music fans want.   On evidence presented, what Lush Purr likes includes noisy, grunged-up rock, , fuzz pop, dream and psychedelic pop, nontraditional song structures, and dark humor.  The goal for each song seems to be to capture the vibe of the band at that moment, rather than to polish for perfection.  The result has the spontaneous, organic feel of a live performance.  There seems to be a lot of joy in the DNA of this album, and we certainly have a lot of joy in listening to it.  Supposedly album number two has been written, and we are looking forward to that next installment.

Lush Purr are Gavin Will, Andy Fazio, Emma Smith, and Rikki Will.  Past projects of the members include The Yawns (former musical home of three of the members of the band), Mirror Parties, Battery Face, Copy Haho, Platypus, and Doris/Mavis.  Cuckoo Waltz is out not via Song By Toad records, and is available in digital, tape (eight tracks on cassette with five available to download), vinyl and CD formats.