Rolling Stones Friday: All Down the Line 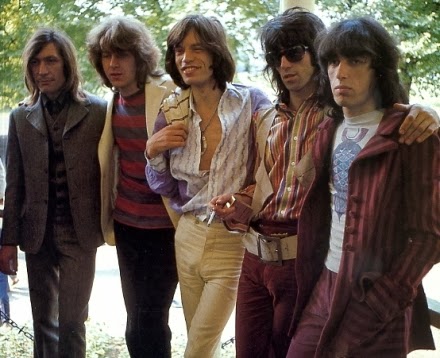 We've been waiting all year to give you one from Exile On Main Street (1972). And it doesn't get better than "All Down the Line", a pure rock'n'roll song that for me represents the Stones at the top of their game. Mick Taylor's slide guitar, the rhythm and riffs from Keith, Bobby Keys and Jim Price on horns, Nicky Hopkins' piano - this song lifts off and just roars.


The song has been a staple of Stones live shows for the past 40 years.  Here's a smoking hot live performance from 1972:


I was probably subconsciously nudged to go with this one by my incessant listening to the new Drive-By Truckers CD English Oceans (review here), which is as close to a great Stones record like Exile as we're possibly going to get in 2014. I don't know if the Truckers have covered "All Down the Line" but it's probably safe to assume it has inspired them as it has countless rock bands over the past  four decades.