From the South - Cool, Cool Memories 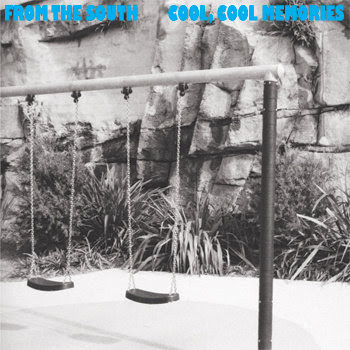 Paisley underground influenced jangle pop is a favorite genre of mine, and I'm always on the lookout for new discoveries.  Today's find is From the South, a band hailing from southern Australia.  In mid February they released their sophomore LP, Cool, Cool Memories via Birds Love Fighting.  With relaxed vocal harmonies, guitars that jangle, chime and ring, and Conor Hutchison's intriguing lyrics, the album delivers a pleasing amalgamation of California guitar pop, Glasgow's Teenage Fanclub and The Bats.  It is available in a limited edition vinyl and a $10 digital download at the Bandcamp site.  Three of my favorite tracks are streamed below, and Bandcamp will allow you to evaluate the entire album.

From the South is Conor Hutchison, Harry Bellchambers, Goo Calligeros, Phizz Calligeros, Kay Chinnery, and George Calligeros.  By the way, if you are a fan, check out the name your price download of their debut album here.  While not quite as polished to my ears, it is a nice companion to Cool, Cool Memories.