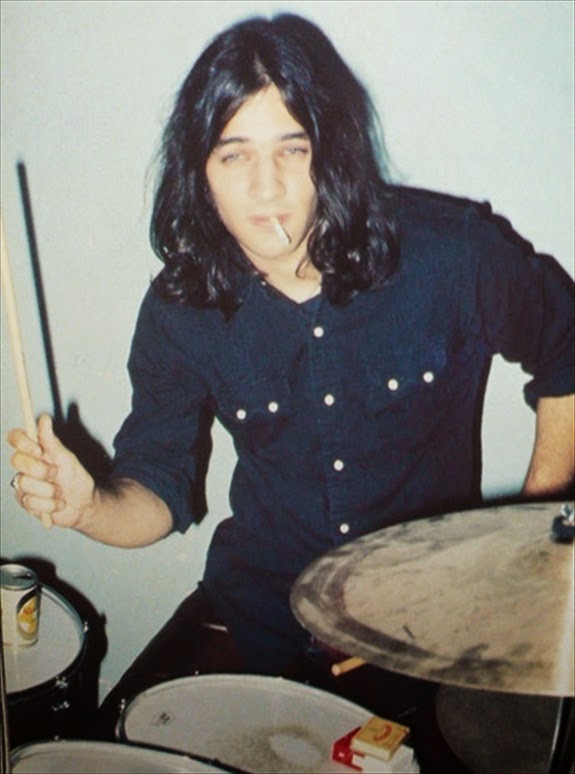 In 1967, in Ann Arbor Michigan where his family had moved a few years before, Scott and his guitar playing brother Ron, along with two other school pals, Dave Alexander and James Osterberg Jr. (a/k/a Iggy Pop), formed The Stooges. And it is fair to say that Scott Asheton and his band mates changed the course of rock history. The Stooges primitive, super aggressive sound took '60's garage rock to its most extreme, forming a blueprint for generations of punk and garage bands to follow.

While there have certainly been "better" drummers than Scott Asheton in terms of technique and innovation, no one could have suited The Stooges proto-punk approach more skillfully. Deceptively simple, relentless  and uncompromising - Scott Asheton in many ways led was The Stooges as much as Iggy Pop did.


Following The Stooges break up in 1974, Scott Asheton played with many bands and artists, among them Sonic's Rendezvous Band (featuring MC5 alum Fred "Sonic" Smith), The Scott Morgan Band, Sonny Vincent, Captain Sensible, Destroy All Monsters, and Iggy Pop. Following Ron Asheton's death in 2009, Scott, along with Iggy Pop was the only original member of The Stooges to play in their various festival and other shows in recent years.

Here's The Stooges in 2003 in their first show on their Detroit home turf in 29 years -- chaos ensues, but Scott Asheton keeps the beat, pulverizing the skins, as true and tough as rock'n'roll gets: