"Not A Dream" by Spinning Coin 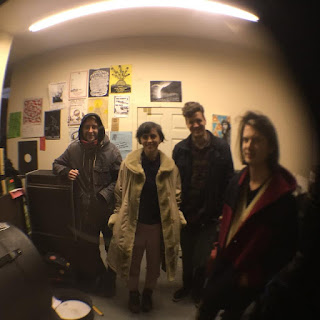 About a month ago we shared "Visions At The Stars" (link), the title track for the upcoming two-song single by one of our favorite Scottish bands, Spinning Coin.  With the August 30 release date for the single on the near horizon, the Glasgow band is sharing "Not A Dream", the B-side.  A shaggy ode to trying to escape modern information overload, it further cements our love for Spinning Coin's brand of guitar pop.

And for those of you with short memory or for some odd reason, unlike us, do not have an obsession with Spinning Coin, here is a reminder of the superb A-side: