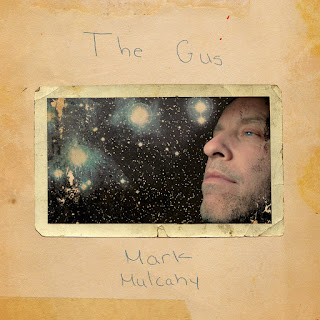 Here at WYMA we don't just feature music that we select from submissions, we do the hard gumshoe work of sifting through vast amounts of music that no one has chosen to send us, looking for gems worthy of your attention.  And while so engaged we discovered Gus.  No, we aren't talking about your cousin Gus, the one who always plays practical jokes on your mom and is offended when no one thinks he is funny.  We mean the new album by Mark Mulcahy.  Mark was, and we guess still is, the frontman for Miracle Legion.  But more recently he has focused his creative efforts on solo albums, one of which we featured in 2013 (link).  As demonstrated by the songs on Gus, Mulcahy combines a singer songwriter approach to crafting colorfully illustrated stories.  The arrangements vary from rolling rockers to an edgy Americana.  The melodies are entertaining and the performances enthusiastic and energetic.  This album is a triumph well deserving of your ears based on songwriting alone.  But it is so much more.

Gus is out now via Mezzotint.