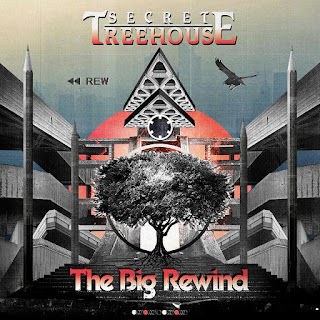 Yesterday we featured an album by Frog; today we begin with an album that opens with "Fear of Frogs".  Just a coincidence ... we think.  The song is the initial jewel of soaring, brightly textured sonic bliss by Norwegian band Secret Treehouse.  The following "Hero" displays a different side of the band, a pensive, slow-tempo song performed beautifully by vocalist Anja Bere.  And the various facets of the band continue to play off each other throughout the album, with upbeat pop/rock standouts such as "Fear of Frogs" and the title track balanced by power ballads such as the touching "Really Nervous" and "Sinking".  However, with five accomplished members, every song -- regardless of tempo -- is richly detailed, shimmering and sparkling as the arrangements build to a powerful finish.  Indisputably, the vocals star in these songs, but there is so much more to enjoy.