The Eastern Swell - One Day, A Flood 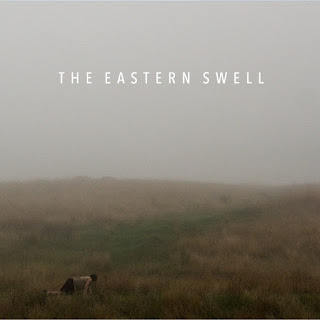 I've had One Day, A Flood by Edinburgh-based The Eastern Swell on my car's CD changer for the past week.  When I got home yesterday evening I got out of the car to open the garage bay while the stereo was still playing the album.  In the dying sunlight with the beginning of the Fall leaves swirling around my feet, I realized the perfect timing of the release.  One Day, A Flood is an album for Autumn, for increasing darkness, unpredictable weather, inevitable decay, and dark clouds and rain.  I don't mean to suggest that it is depressing -- far from it.  But it is an album of layered moods and uncertainties.  Yeah, it is music for adults, and whether I like it or not, I'm at that stage of life.

The music is a somewhat unusual combination of folk rock, alt country and progressive rock.  Yes, that means that there will be hints of Led Zeppelin (but only hints and absent the warlock posturing).  The haunting vocals are high in the mix, but even when the band isn't reaching for high volume, the arrangements barely contain an omnipresent current of lower-register, bass-heavy power and emotional conviction.  My favorites are the opening "Rattling Bones" and the epic country-tinged prog rock closer "Run Down Country Palace", but aural treats abound and a scan of other reviews reveal that many of the tracks have impressed the music press, which is a sign of consistent quality.

The Eastern Swell are Lainie Urquhart (vocals/tambourine), Chris Reeve (guitar/vocals), Neil Collman (bass/vocals), and Andy Glover (drums/percussion).  One Day, A Flood is out now on digital and CD formats via Stereogram Recordings.