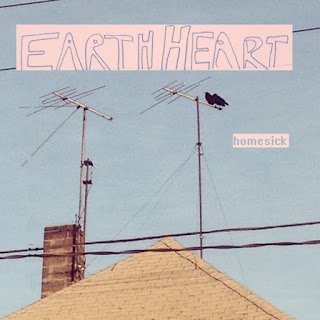 If you are a fan of garage rock and raw indie rock, you owe it to yourself to check out Allston, Massachusettes' Earth Heart.  Originally formed by vocalist/guitarist Katie Coriander and drummer Matt Axten, the band now includes Natan Keyes on bass.  The trio makes a righteous racket, and Coriander, who also writes the song, delivers the vocals with power and conviction.

After several EPs and singles, the band has released Homesick.  The first four songs are crash-bang indie rock, and suggest that this band likely is a killer live act.  The fifth song, "NSA", is a more melodic garage rocker with a pop core.  The tempo doesn't take a break until "Fire Song", in the seventh slot.  But even when the band takes it slower, the muscles are flexing.  This is a band of grit, snarl and power.  Homesick is ten songs bursting with vitality and a decidedly  outsider perspective on society.  Give it a spin at the Bandcamp link below.

Homesick is out now in digital and CD formats. 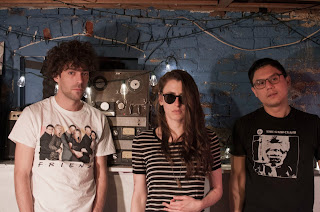