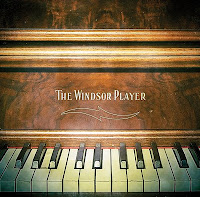 The sound varies from well-played folk rock - song 1, "Release" - to country rock that calls to mind 70's stalwarts like The Byrds, Buffalo Springfield and Poco - "Big Texas Sky" - to laid-back sprawling guitar rock on the 8-minute "Best Friend". The influences are good ones, and the vision of country rock is well realized.

Plenty of great guitar sounds throughout - rock guitar, acoustic strumming and pedal steel - are underpinned by a good rhythm section and augmented by strings, piano and mandolin (the aforementioned Peter Buck). There are even well-placed horn parts among the guitars on "Best Friend", too.