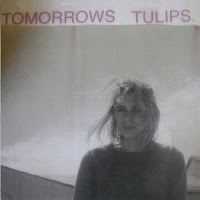 Released in July, this record combines several endearing subsets of indie rock in one package... I'll label it "Lo-fi Beach Punk Goth Wall of Sound" and maybe some of that will grab you, make you curious enough to give a listen. RIYL Ty Segall, Black Lips, Crocodiles, Vivian Girls, stuff like that.

Here's a video for the title track, apparently the song's been finished for a while and they built the album around it:

There's a pretty casual attitude and pace to the whole thing, but sometimes Alex Knost lets the guitar wail, and Christina Kee's a pretty good surf punk drummer and can sing a little bit... maybe she'll get more lead vocals as they go on.

Heard on Indiefeed, a song-a-day podcast I recommend.