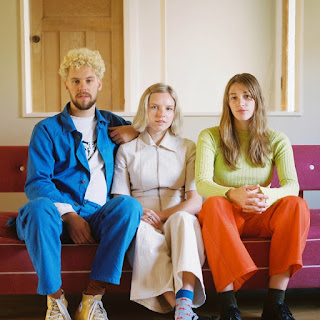 Today brought the good news that New Zealand post punk trio Mermaidens will release new album Look Me In The Eye on September 6 via Flying Nun Records.  They also announced September shows in the UK, which we have listed at the bottom of the post.  But for our immediate enjoyment, we have album track "I Might Disappear", as the soundtrack for a video of the band enjoying their time on tour.  They seem to like beer and wine -- perhaps we should audition.