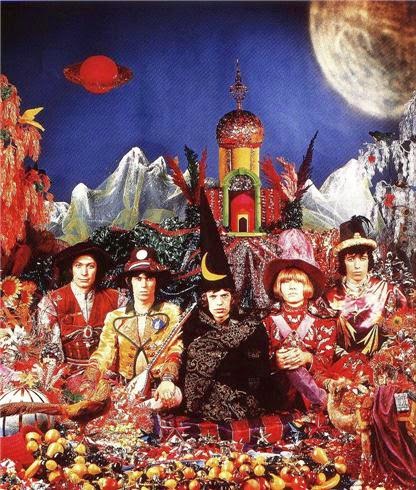 The year was 1967 - psychedelia in full bloom, Sgt. Pepper's Lonely Hearts Club Band, Vietnam, a raging generation gap, chaos in Western society at many levels. Meanwhile, inside the Rolling Stones' world, there was a heavy use of psychedelic drugs, drug busts, a lack of focus, a desire to keep up with The Beatles, and the severe decline of Brian Jones as a contributing member of the band. All of which led to, what was by many reports, the very messy making of Their Satanic Majesties Request, a record that Keith Richards much later referred to as "a load of crap".

But tucked away in there is one song I put on my all time Stones underrated favorite list, "Citadel", a raging garage rocker, with one of Keith Richard's toughest and rawest guitar riffs. I love the sound of this song, a very successful experiment, completely apart from the Stones usual R&B style:

And the lyrics were as tough as the guitar sound, foreshadowing a future dystopian world, filled with class warfare, Christian zealotry, excessive police presence, environmental destruction, and technology run amuck. Not that any of that every actually came to pass decades after 1967....

The criminally underrated UK punk band The Damned referred to "Citadel" as "the best song the Rolling Stones ever did" and themselves did this terrific cover in 1981, and frequently played it live: