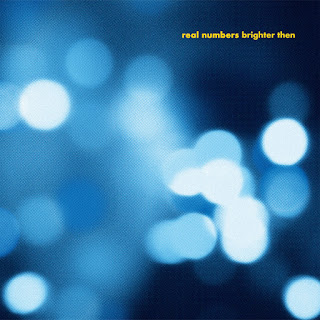 Brighter Then by Minneapolis band Real Numbers is nothing less than jangle pop perfection, pleasantly recalling veins of C86 and the heyday of Sarah Records. The melodies are sweet and upbeat, the hooks plentiful, the vocals are gentle with a melancholy wash, and of course, the guitars jangle and chime. Repeated listenings reveal songs carefully constructed and delightfully detailed and, if our experience is representative, you feel a sense of loss when you stop playing the record. However, we have discovered a work-around. We don't stop playing the record.

Real Numbers is a five-piece consisting of Eli Hansen, Ian Nygaard, James Blackfield, Cameron Soojian, and Sophie Durbin. Brighter Then is out now via Slumberland Records in North America and Meritorio Records in Europe.