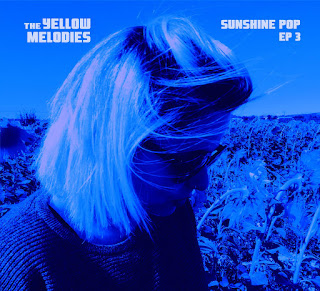 Rafa Skam and his colleagues in Spanish band The Yellow Melodies seem to have been working overtime to bring us sunshine over the past year. They released Sunshine Pop EP1 last April. December brought Sunshine Pop EP2. And now we have Sunshine Pop EP3. As with its preceding siblings, the elements of Sunshine Pop EP3 are the classic and uncomplicated guitars, keys, rhythm section, harmonies, melodies and hooks. But The Yellow Melodies combine them with skill and sincerity that makes for music that is affecting and pleasurable. Yes, the lyrics for three of the five tracks are in Spanish, but we think that sunshine is a universal language.