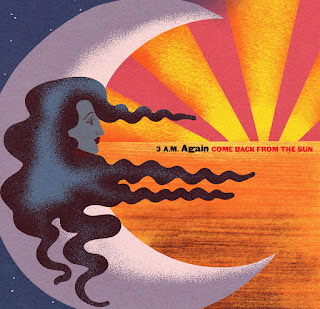 3 A.M. is a time of day. But musically via Come Back From the Sun it is a state of mind embodying sunny summer morning, a quiet coffee on the balcony, watching the children play. It is the aural expression of contentment and fulfillment. And it is absolutely beautiful.

We receive a large number of submissions, and sometimes we listen before we read the words that come with it. Such is the case with Come Back From the Sun. But after bathing in the wonderful acoustic renderings of 3 A.M., we turned to the accompanying documentation and discovered that the bliss was attributable to one Michael Telles, who formerly was known as Night Heron and received this rave feature from us last year: Night Heron. So we haven't been part of a discovery of a new artist after all, but rather the re-birth of an already cherished artist. We are quite happy with that.

The songs feature acoustic guitar jangle, understated vocals, and a number of instrumental tracks. Telles is equally adept at slow pastoral, midtempo pop/folk and instrumental songs. All are delightfully expressive but non-intrusive. Wake up in the morning and cue up this album. Your day will be immeasurably enhanced.

Come Back From the Sun is out now via JanglePopHub, which has proved to us time and again that they have impeccable taste in indie pop music. And while we often don't mention such things, we feel compelled to point out that the lovely album art is the work of Jodie Lowther of Karakasa Design.