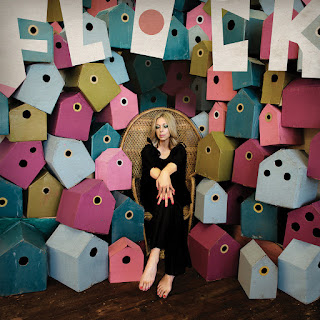 Liverpool's Jane Weaver is musically restless and delightfully adventurous. Her discography includes psychedelia, synth pop, dream pop, folk, and grunge. Adding a new page to her musical adventure book, her new album Flock re-imagines pop in Jane Weaver's world. That means pop on a cosmic scale, with electronic, dance, psychedelic elements that expand and embellish the pop core of the songs without ever detracting from it. She deconstructs, reconstructs, blends and decorates, living up to the origins of her surname by weaving it all together as if it was always meant to be.

Ultimately, we think Flock is an album that will please pop fans and music fans who think that they don't like pop. That is a big category, but this album deserves a big audience. It is out now via Fire Records.