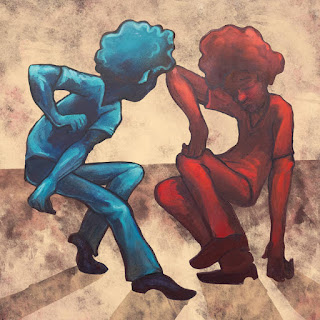 Simple Syrup, by LA-based artist Sunny War, is a masterpiece of folk rock. I’m just knocked out by her talent as a writer, player and arranger. Sometimes the guitar leads, sometimes the voice - the interplay is wonderful and haunting. An example of that is the track “A Love So True” - her voice and her guitar playing swing so nicely, you’ll find yourself swinging, nodding and tapping along:

There are more aggressive, electric tracks, like "Mama's Milk" - obviously Dylan-inspired. She straddles the folk/rock acoustic/electric divide nicely, as Bob did during the mid-60's run which included the iconic "Subterranean Homesick Blues". Speaking of which, check out this wonderful video, directed by Particle Kid, aka Micah Nelson:
There’s an emotionally affecting track about a friend of hers, a young homeless veteran who calls her when he’s in jail; the title says it all: “Deployed and Destroyed”. This song really go to me. Again, her beautiful fingerpicked guitar under these lyrics:
“You’d believe in angels if you heard him sing
He’s got a gift only hardships bring
He’s been called a man since he was a boy
Fought for Uncle Sam and they left him
Deployed destroyed”
What a writer! Check out the whole album -- she is definitely an artist to watch.
Sunny War Bandcamp
Sunny War website
Posted by John Hyland at 3/27/2021