Time for our weekly series of pop music around the work. This edition has indie from Australia, electro rock from Denmark, and shoegaze pop from Sweden.

Pearls are a band from Australia that plays drone/noise pop conveying "sad love songs". Pearls consist of Ellice, Cass and Ryan, and they record with the Re:Peater Records collective based in Glasgow.

"At Home With You"

Copenhagen, Denmark gives us electro/dance rockers When Saints Go Machine. The band consists of Nikolaj Manuel Vonsild, Jonas Kenton, Simon Muschinsky and Silas Moldenhawer. The band was formed in 2007. One member is a vocalist, two members play keyboards (one of whom also is a vocalist), and one member plays drums. Their debut album Konkylie is scheduled for release this year.


When the Saints Go Machine is signed to EMI Scandinavia. As of when I wrote this post, they were offering two free tracks in return for a "like" on their Facebook page. 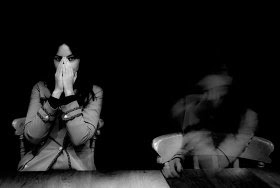 Another Scandinavian entry is I Break Horses, from Stockholm, Sweden. The sound is dense, shoegaze with an unmistakable Scandinavian pop gloss. Their 2011 album, Hearts consists of nine tracks. The band lists its influences as My Bloody Valentine, The Jesus and Mary Chain, and Slowdive. The members of the band are Maria Lindén and Fredrik Balck, and they record on the Bella Union label.


I Break Horses - Hearts from Bella Union on Vimeo.