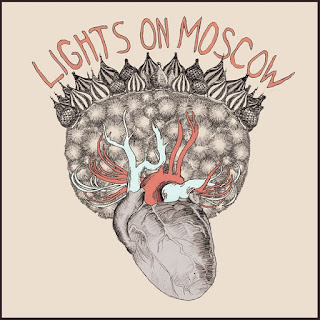 Today's musical musings begins with something for the heart -- your heart, my heart, and we hope, a wide audience of hearts.  The record is the fittingly named Aorta Songs - Part 1, by duo Lights On Moscow.  The members of the band are Justin Lockey (of Editors, Minor Victories, and Mastersystem) and Hazel Wilde (of Lanterns On The Lake), who began working on these songs a decade ago.  The bedroom project developed four songs that Justin and Hazel finally have decided to release.  Featuring lush, wall-of-sound arrangements and Hazel's intimate vocals, the music hits the pleasure sensors of your brain like a morning jolt of caffeine, and then seeps down to your heart and provides long-lasting satisfaction.

For our ears, the standout track is "Lord Let Me Know", which deserves to be the anthem for searching agnostics everywhere, but all four tracks are worthy of your attention.   Aorta Songs - Part 1 is out now via Physical Education Recordings.  And we sincerely hope that part 2 doesn't take ten years to reveal.